While barefoot running isn’t new, it’s popularity has been going through the roof since Christopher McDougall’s book, Born To Run, became popular in 2009.

By the way, if you haven’t read the book, you must. It’s a great, exciting read, whether you’re a runner or not. And, admittedly, I make fun of the fact that barefoot runners treat this book like the bible in my video, Sh*t Barefoot Runners Say and the follow-up, Sh*t Runners Say To Barefoot Runners.

It happens that around the time the book was becoming popular, one of the people featured in the book published a study about barefoot running. That person is Dr. Daniel Lieberman from Harvard University and, in a nutshell, what Daniel showed was: 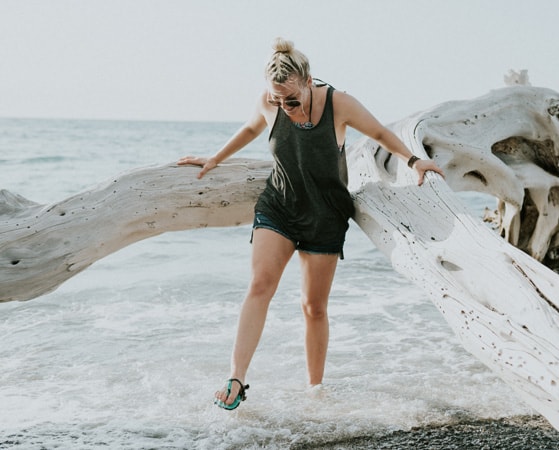 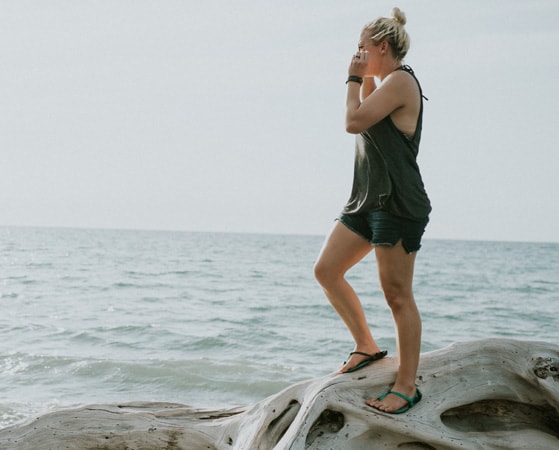 In short, running shoes could be the cause of the very injuries for which they’re sold as cures!

Take off your shoes and you’re less likely to land in a biomechanically compromised manner.

This seems to explain why people who run barefoot often report the elimination of injuries (that were caused by bad form that they no longer use) and, more importantly, that running is more fun!

Now it’s not all as simple as this.

The shoe companies, realizing that barefoot was becoming a big deal, began selling “barefoot shoes”… most of which are no more barefoot than a pair of stilts.

Even the Vibram Fivefingers, which look like bare feet, aren’t necessarily as barefoot as they appear.

In an independent study, runners in Xero Shoes (formerly Invisible Shoes) were found to be biomechanically identical to when they were barefoot.

The key to successful barefoot running seems to be the ability to use the nerves in your feet, to Feel The World. Basically, if you try to run barefoot the same way you do when you’re in shoes, IT HURTS!

Figure out how to do what doesn’t hurt and you’ll be running in a way that’s more fun and less likely to cause injuries.

Now, I know it’s not as simple as that, and I’m the first to admit that the science supporting barefoot running isn’t in yet. But, then again, there’s no science that shows that running shoes are helpful.

Think about this: people lived for millions of years without shoes, or without anything more than a pair of sandals like Xero Shoes or a pair of moccasins. Runners ran successfully up until the 1970s with shoes that had no padding, no pronation control, no orthotics, and no high-tech materials.

The three parts of our body that have the most nerve endings are our hands, our mouths and our feet. There’s only one of those that we regularly cover and make numb to the world… does that seem right?

Put a limb in a cast and it comes out of the cast a month later atrophied and weaker. When you bind your feet in shoes that don’t let your foot flex or feel the earth, isn’t that similar to putting it in a cast (or as barefoot runners like to say, a “foot coffin”)?